When we want to do business for children, we usually consider indoor playground equipment and inflatable castles. Many first-time people are not familiar with these two children's recreational facilities. They don't know the difference between indoor playground equipment and inflatable castles. This is a brief comparison and introduction of the two projects.

1. The materials they use
The main materials of indoor recreation equipment are plastic, multi-layer MDF, PVC soft bag and international galvanized steel pipe. The inflatable castle is made of PVC mesh. It can be seen that the inflatable castle is a large-scale recreational equipment, inflated by PVC mesh. It is determined by the tension of the centrifugal fan. The pressure difference between inside and outside the film. Inflatable castles are lighter than indoor playgrounds.

3. Website Differences
The inflatable castle is installed outdoors. Such as square, park, etc. For this reason, inflatable castles will be affected by climate factors and can only operate seasonally. You can't use it when it rains. Children's indoor amusement equipment is mainly installed indoors. Such as shopping malls, supermarkets, etc. So its operation is not affected by weather and season, they can run all the time.

4. Capital investment
The inflatable castle is made of PVC mesh. There is no need to build frames and decorative rooms. So the cost is very low. But the internal structure of children's indoor amusement equipment is very complex. Internal entertainment is much more than inflatable castles. So the construction cost is relatively high.

5. Equipment safety
The framework of children's indoor playground equipment is firmly connected to the ground, and there is no overall collapse. The bracket of indoor amusement equipment is an international galvanized steel pipe with a diameter of 48MM. It has a strong bearing capacity and is not easy to bend and deform. It is tightly connected to the ground, with almost no collapse. An inflatable castle is an inflatable device. Once encountering windy weather, its risk factors can be said to be a straight line.

In many places, there have been major safety incidents. One of the inflatable castles was blown by the wind or the explosion of an inflatable trampoline, causing children to fall or even fall. The framework of children's indoor recreational equipment and all other recreational facilities is manufactured and installed in strict accordance with child safety standards. That is to say, the amusement equipment itself is very safe. As long as the operator often checks and eliminates the malfunction of all kinds of amusement equipment in time, the children can also operate strictly according to the operation rules of amusement equipment, basically no safety accidents will occur.

Based on the above, we can easily see that the early investment of inflatable castle is very small and the investment risk is very low. However, the economic benefits are relatively poor and the risk of safety accidents is relatively high. Despite the large investment in the previous period, the investment risk of children's indoor amusement equipment is relatively high, but the economic benefits are relatively good. Indoor amusement park equipment in the early investment, high risk of investment. However, sufficient passenger flow, convenient transportation, comfortable and safe recreational environment and rich entertainment experience make inflatable castle more popular with children and parents. 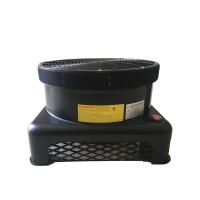 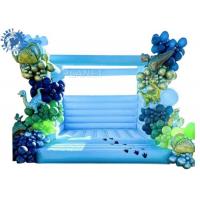 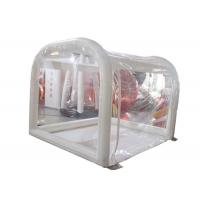 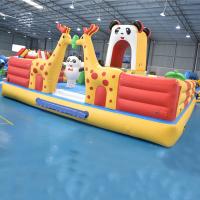 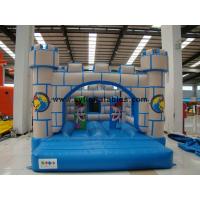 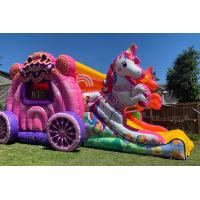 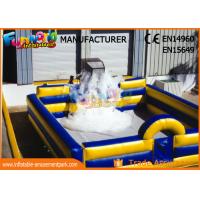 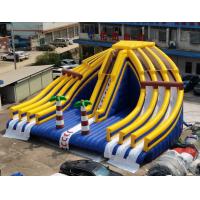 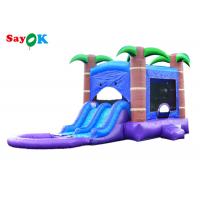 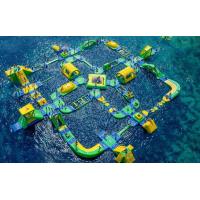 How to plan the equipment and supporting facilities of children's playground

Ever wonder what it’s really like to roll around in a hamster ball? Now’s your chance to find out! The Zorb water ball is basically a human-size hamster ball, and this water version lets you take it into the pool.
Can you protect your child with water inflatable toys? wrong! Come listen to what the anti-smashing

"Water inflatable toys can protect children? If you drown children how to save yourself? How to rescue others from water? How to use life-saving equipment correctly..." On the morning of (9), Chongqing Police "Service School 29 Peace Classroom" campus through train The flood prevention safety experience class was held at the Heshui Sanjiang Civilian Police Training Base Water Life Saving Training Ground. More than 100 students and parents participated in the event.
Integral Inflatable Tent Market Emerging Trends, Strong Application Scope, Size, Status, Analysis An

The current report Integral Inflatable Tent Market covers a comprehensive analysis demonstrating actionable insights for clients. In addition, the report offers business insights that encourages them to take suitable decisions which are likely to leverage their business processes. Moreover, the report is a detailed study exhibiting current market trends with an overview of future market study.
How to make a mobile water park a true children's inflatable water park?

The mobile water park is also called the children's inflatable water park, which is the best place for everyone to escape the heat in the summer. Children can release their nature there and make their childhood life more interesting. At the same time, the operators of the mobile water park can also obtain a lot of income through the operation of the playground. Today, teach you how to make the mobile water park a paradise for children.
World's Biggest Bounce House Coming To Riverside County